Action Lock and Safe is your direct source for all of your locksmith and security needs. Our staff will provide you with the highest quality in customer service and will educate you in so you can make an informed decision in your security needs. We carry a large selection and offer professional in-home installation. Visit our showroom in Tampa Bay.

At Action Lock and Safe we strive to become the number one locksmith, safe, and security dealer on both the internet and at our brick and mortar business located in Tampa, Florida. Be it high security locks, commercial grade locks, residential locks, deadbolts, touch screen locks, gun safes, home safes, office safes, security camera systems, etc.

We thoroughly research all of the products sold on our site to ensure that our customers will be happy with their purchase no matter how much or how little they spend.

We sell a wide range of security products for virtually any of your needs. If you don’t know which safe or lock you need, just contact us by calling us and talking to one of our sales professionals and let us know what you’ll be using it for. We’ll find the perfect safe or lock for your needs and within your budget.

All Locks Locksmith Services is a, Naples-Native, family owned and operated business. We strive to be the leading Customer Service Company in the Locksmith industry in Southwest Florida. We provide a high level of security services and products offering the best quality locks and security products for commercial and residential buildings.

Lee Clements is the owner of American Lock and Safe and is a registered safe and vault technichian with 20+ years in the safe field. This includes safe servicing, repairs, moving and openings. Lee has been a member of the Safe & Vault Technician’s Association since 1988. He prides himself on providing the highest quality of professionalism when it comes to working with safes and locks. You, the customer, can be assured that Lee will provide you with quality workmanship on all safe and lock work. Please call him for all of your safe, commercial and residential needs.

SOUTHWEST FLORIDA’S FULL-SERVICE LOCKSMITH
At BB Locksmith, we’ve been trusted by families and businesses for more than 35 years. We provide the Southwest Florida area with the most advanced and dependable security products available. As a full-service locksmith, we offer fast response, 24 hours a day. We’re committed to honesty, integrity, and excellence in customer service. We uphold and honor our slogan: “Service Honoring The Golden Rule”.

Family Owned and Operated Since 1977 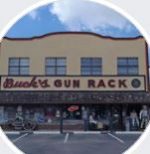 Buck’s Gun Rack was established in 1954 by Richard “Buck” Buckwald in Daytona Beach, Florida. The business has remained under the same family ownership for over 64 years with the 2nd generation family members currently operating it. Buck moved down from New York in 1950 after returning home from WW II. He had a passion for firearms that started in the early years and through his time in the military. Buck’s used his personal collection to stock the store in the beginning. Originally called “The Gun Rack”, the name was later changed to “Buck’s Gun Rack”. The gun store was opened in the bottom half of the ground floor in its current location, then called Volusia Ave. Over the years the whole building was taken over. In 1979 Buck passed away after 25 years in the gun business at the age of 58. Buck’s Gun Rack gained new management from Buck’s two sons, Scott and Forrest, who continue to provide the area with the same great products and customer service that Buck’s had been known to deliver.

Originally, Buck’s Gun Rack was a firearms and ammunition store that catered to the collector and hunting enthusiast, but over the years additional merchandise lines were added such as, Archery, Knives, Gun Safes, and Police Equipment. Buck’s carries over 1,500 firearms in stock including such brand names as Smith & Wesson, Colt, Ruger, Glock, Sig Sauer, Browning, H&K, Walther, Remington, Savage, Weatherby, Mossberg and more. Buck’s is the areas only ‘Archery Pro Shop’ with an experienced bow technician on staff and carry the area’s largest selection of PSE Archery and accessories. Buck’s is well known as the place with one of the area’s best knife selections, with many models to choose from brands that include Buck, Gerber, CRKT, Kershaw, Boker, S&W, and other well-known brands. From pocket knives to survival and hunting knives, there is no better selection.

To this day, Buck’s Gun Rack is still in the same location at 607 W. International Speedway Blvd, just three miles east of the world-famous Daytona International Speedway, home of NASCAR and the Daytona 500 Race. Although the street name has changed, the service has not. Buck’s Gun Rack is proud to serve the Daytona Beach as the area’s oldest firearms and archery dealer. Buy with confidence from Buck’s Gun Rack. We’re friendly, honest, helpful, and we will always try to sell you what you need. All New or Used firearms are covered by a warranty. So, whatever you may need, whether it be rifles, shotgun, handguns or shooting accessories, from modern to collectable, or just some friendly advice, we have it.

Charlie's Armory is one of South Florida’s most complete gun dealers, providing the guns you want at a price you can afford. We buy, sell, and trade all types of firearms, and carry all brand names. We offer complete concealed weapons and security courses as well.

Our staff is known for its knowledgeable and friendly service with a truthful and no nonsense approach!